Climatic frost indicators, including the dates of the last spring frost (LSF), the dates of the first fall frost (FFF), and the length of the frost-​free season (FFSL), are critical factors in anthropogenic and natural ecosystem management and can be directly calculated from daily minimum temperatures. Daily minimum temperature from the Applied Climate Information System was used to determine long-​term trends of frost indicators across the U.S. Southern Great Plains. The results demonstrated statistically significant trends of earlier LSF in eastern Kansas, western and eastern Oklahoma, and eastern Texas from 1950 to 2017. However, significantly later FFF trends and longer FFSL trends were mainly identified in eastern Oklahoma and eastern Texas. Overall, the region was characterized by the trends toward earlier last spring frost, later first fall frost, and longer length of frost-​free season from 1950 to 2017. In addition, the choice of time period in the climatic time series played an important role in LSF, FFF, and FFSL trends. Furthermore, the results from the correlation analysis of LSF and FFF with multiple climate indices indicated that the increasing trends in the spring Arctic Oscillation (AO) were consistent with the earlier onset of spring in Kansas and Texas, and the fall Atlantic Multidecadal Oscillation (AMO) was positively correlated with the later FFF dates in Kansas. 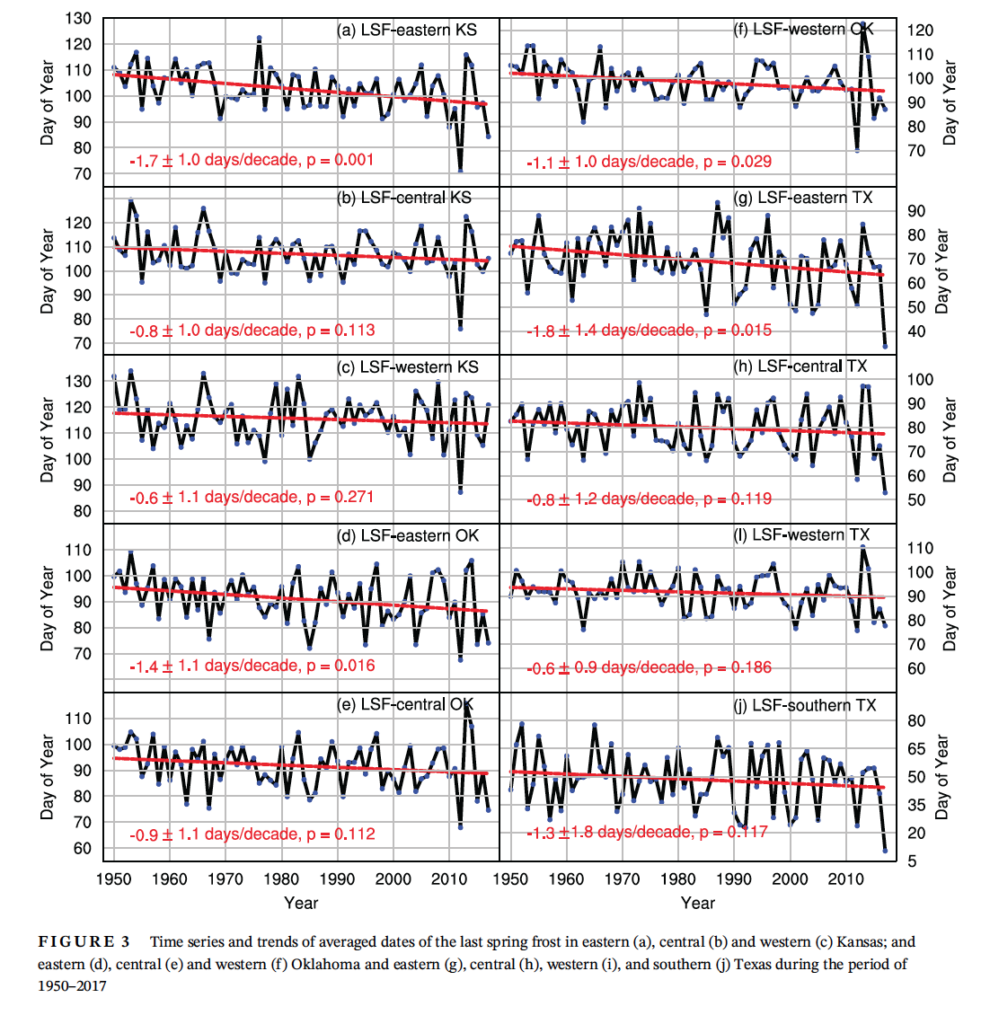